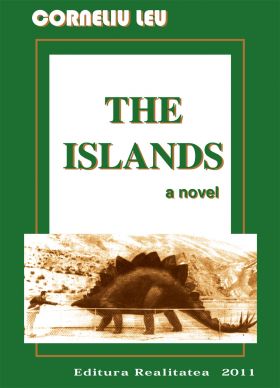 A novel in four parts and an epilogue which analyses with lucidity, sarcasm and imagination the dangers of modern warfare. The action - local confrontations occuring in a civil war -takes place on a remote island. Supplying one of the parts with aircraft and air-to-air missiles and the other part with anti-aircraft and surface-to-air missiles, sending its military experts as instructors in the use of this weaponry, a weaponry concern distorts the sense of the war on the island turning it into a means of testing and perfecting its armaments. The main character, who is the central point-of-view, is a young newspaperman coming from a country of long-standing democratic traditions. He is participating in the war in his capacity of a press correspondent coming to the island with his heart set on frankly depicting the heroic

struggle, but he runs up against some dubious interests. Thus, he is involved in many incidents which create numerous situations of

suspense and mistery. However, all his experiences can’t deter him from seeking to disentangle matters. In his somewhat naive, Byronicromantic-beliefs, in his trenchant sincerity which makes him appear somewhat childish, he becomes dangerous in the eyes of the interested people. A love-story unfolds in parallel with the political and military adventures of the hero. The classical dilemma of the contradictions between the emotional life of the individual and the political motives of matters, thus acquires wide-ranging significance against the background of the contemporary tensions.